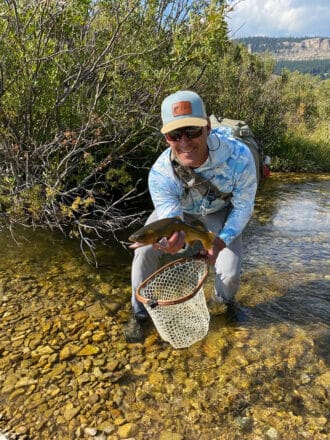 John is a Wyoming native and shares a profound appreciation for Wyoming’s great wide-open spaces, outdoor recreation, ranching and the area’s unique heritage and lifestyle. Raised on a working cattle ranch, he gained experience that matters with range and land management, livestock management and a valuable systems approach to the ranching business, and life in general. He also learned many valuable life lessons that he carries with him today.

“…If you are buying or selling real estate I would encourage you to consider a partnership with Chase Brothers. John and Galen were raised on a remote ranch in the hills above the Powder River where they learned Western values from their parents that guide them in the conduct of their company. If honesty, integrity, straight talk, recognition of the value of hard work and a belief in a higher power are things you value – Jack and Gini Chase’s boys are an obvious choice.”

“We worked with John Chase for a year and half before we found the right property for us. The whole time we never felt any kind of pressure from John. We always felt he had our best interest in mind, never pushed his agenda on us. John has an excellent knowledge of the ranch market in the Wyoming area. But more than anything else we knew we could trust John. Now days that is hard to come by when sales transactions are involved. Trust, that is what is was all about for us.”

After college, John spent time in the Vail Valley where he met his wife, Karen, built custom homes for 10 years and skied a lot. He and Karen decided to move back to his family’s ranch in 1995 where he became very involved in the range and land management, along with day-to-day operations of Buffalo Creek Red Angus. In early 1998, they were blessed with a daughter, and in early 1999 Karen and John moved to Hyattville, WY where he managed a large working cattle ranch with abundant recreation attributes in the Paintrock Basin. They had a son while there and on 9/11, 2001, they moved back to the Sheridan area where he once again helped with management of the family ranch and he helped with the ranch systems management of another large ranch as well.

John coached hockey and soccer teams while his kids grew up and attended several National Championship Hockey tournaments, one of which his son’s team won in 2016 for Team Wyoming.

He’s served on local conservation districts, served as Chairman for the Hanging Woman Basin CRM and worked closely with Ag in the Classroom, both in Sheridan County and Big Horn County. He currently sits as VP of the Big Horn Equestrian Center, where he enjoyed playing polo for a number of years.

John thoroughly enjoys his family and all things outdoors in God’s creation. In his spare time, he enjoys skiing, fly fishing, hiking and playing hockey.

His ranch up-bringing, life experiences, plus the time spent living in various parts of the country and travel abroad give John the unique ability to understand the needs of sophisticated buyers. Like his brother Galen, John is all about making deals happen, regardless of the challenge or obstacle. Just like working together on their family ranch, with hard work and results in mind, John and Galen create a great deal of synergy and solution-oriented results.

John is all about “Linking landscapes and lifestyles – one relationship at a time”.

Meet Our Land and Ranch Teammates 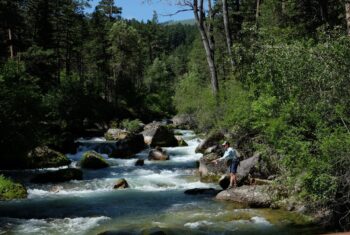